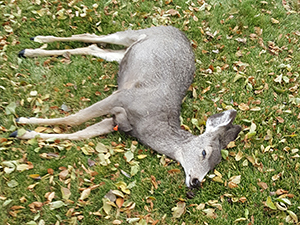 Blow gun dart removed from doe illegally shot in Burns on Feb. 13. This doe had to be euthanized.
Photo Credit: Courtesy of ODFW

BURNS, Ore. —  A second mule deer has died and at least three more were injured after being struck with blow gun darts within the Burns city limits over the last four months. The Oregon Hunters Association is offering $1,000 in reward money for information leading to a citation.

Oregon State Police Fish and Wildlife Troopers responded to a citizen report of an injured deer in Burns around noon on Feb. 13. They found a mule deer doe in failing health with a blow dart lodged in her side. Unable to save her life, troopers euthanized the doe where they found her, near Court St. and Railroad Ave.

Troopers found the carcass of a mule deer fawn in the same area with a similar blow dart lodged in its neck on Nov. 6, 2020.

Between November 2020 and February 2021, Oregon Department of Fish and Wildlife (ODFW) biologists and OSP Troopers found three additional mule deer in the area with blow gun darts lodged in their bodies. In all three cases, biologists sedated the animals, surgically remove the darts and released the deer. They expect the deer to recover.

Blow gun darts (which are illegal to use for hunting deer in Oregon) are effective at killing small animals like rabbits and squirrels. When used on larger animals, the darts cause damage that may be mortal over time. Injuring an animal with a non-lethal weapon and leaving it to suffer and likely die is extremely cruel, according to ODFW biologist Rod Klus, who assisted in saving the three wounded deer.

“Either the wound will lead to an infection, or if the stomach or intestines are punctured, the deer will die, but it will take a while, and it will be painful,” he said, “It takes a deer anywhere from days to weeks to die from infection.”

The city-dwelling deer, acclimated to humans, are an easy target for poachers, according to Ken Hand, Regional Director for the Mule Deer Foundation.

“Using a dart is an inhumane way to kill a deer. It would take a while for them to die,” he said. “Poaching is believed to be one of the factors behind declines in mule deer across the state. Aside from being cruel, this is illegal, and it is wanton waste of the animals,” he said.

“It is no secret that mule deer populations continue to be on a decline in Oregon,” he said, “Granted there are many factors such as habitat loss, road kills, and predation but when it comes to intentionally poaching wildlife, that’s where OHA members draw the line.”

Poaching animals—whether they are big game, fish, birds, or other wildlife—is a crime that steals from all Oregonians, according to ODFW Stop Poaching campaign coordinator Yvonne Shaw.

“Poaching steals natural resources from all Oregonians,” Shaw said, “In this case, poaching takes a cruel turn. Thankfully, residents in Burns are quick to alert OSP Troopers by calling the TIP Line. Let’s hope they find whoever is doing this.”

Klus worries that ODFW will get more reports on wounded deer.

“This has been going on for a while,” he said, “These cases take time and drain resources when we could be doing other things for wildlife.”

The Oregon Hunters Association offers rewards for calls to the Turn In Poachers (TIP) Line that lead to a citation.  Because of the nature of this crime, OHA considers the doe that was euthanized to be in the same category as the fawn that was killed outright. In this case, the payout now stands at $500 for each animal, totaling $1,000.  Anyone wishing to contribute to the reward fund may do so by contacting their county OHA chapter. The TIP Line phone number is *OSP (677) or 800-452-7888. Or report by email:  TIP@osp.oregon.gov

The Stop Poaching Campaign educates the public on how to recognize and report poaching. This campaign is a collaboration among hunters, conservationists, land owners and recreationists. Our goal is to increase reporting of wildlife crimes through the TIP Line, increase detection by increasing the number of OSP Fish and Wildlife Troopers and increase prosecution. This campaign helps to protect and enhance Oregon’s fish and wildlife and their habitat for the enjoyment of present and future generations. Contact campaign coordinator Yvonne Shaw for more information. Yvonne.L.Shaw@state.or.us. 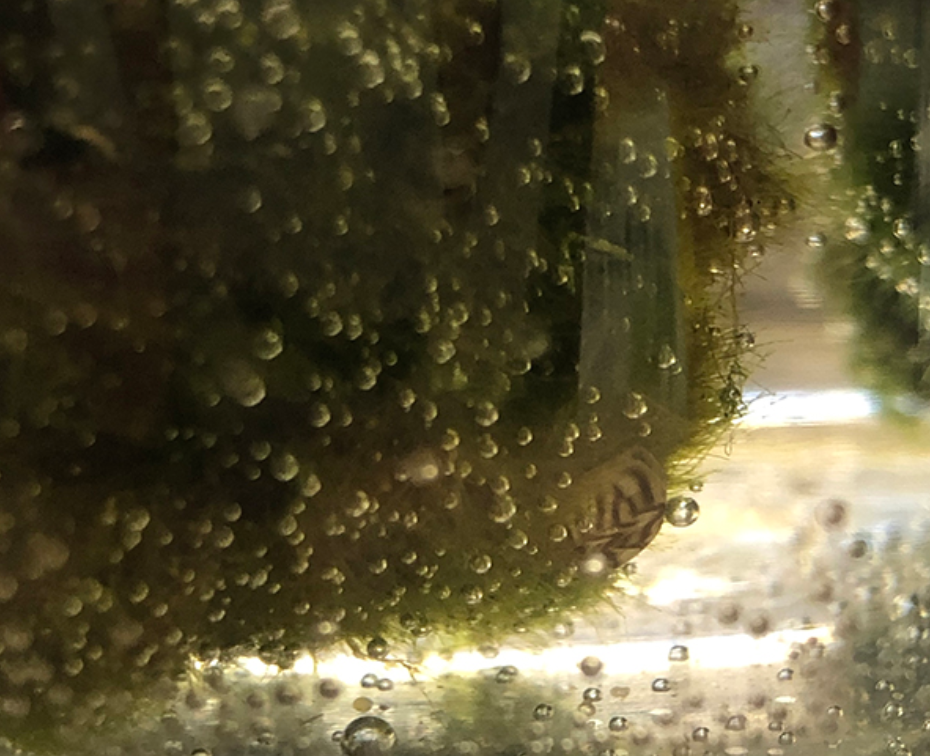 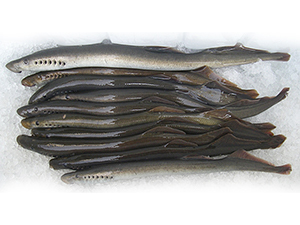